The Origin of Juneteenth
www.britannica.com

Juneteenth is a holiday commemorating the end of slavery in the United States. It is also called Emancipation Day or Juneteenth Independence Day. The name “Juneteenth” references the date of the holiday, combining the words “June” and “nineteenth.”

Juneteenth was originally celebrated in Texas, on June 19, 1866. It marked the first anniversary of the day that African Americans there first learned of the Emancipation Proclamation, more than two years after it was initially issued. The holiday was originally celebrated with prayer meetings and by singing spirituals and wearing new clothes to represent newfound freedom. Within a few years, African Americans were celebrating Juneteenth in other states, making it an annual tradition.

In 1863, during the American Civil War, President Abraham Lincoln issued the Emancipation Proclamation, which declared more than three million slaves living in the Confederate states to be free. More than two years would pass, however, before the news reached African Americans living in Texas. It was not until Union soldiers arrived in Galveston, Texas, on June 19, 1865, that the state’s residents finally learned that slavery had been abolished. The former slaves immediately began to celebrate with prayer, feasting, song, and dance.

The following year (1866), on June 19, the first official Juneteenth celebrations took place in Texas. The original observances included prayer meetings and the singing of spirituals, and celebrants wore new clothes as a way of representing their newfound freedom. Within a few years, African Americans in other states were celebrating the day as well, making it an annual tradition. Celebrations have continued across the United States into the 21st century and typically include prayer and religious services, speeches, educational events, family gatherings and picnics, and festivals with music, food, and dancing.

Juneteenth became a state holiday in Texas in 1980, and a number of other states subsequently followed suit. The day is also celebrated outside the United States, with organizations in a number of countries using the day to recognize the end of slavery and to celebrate the culture and achievements of African Americans. 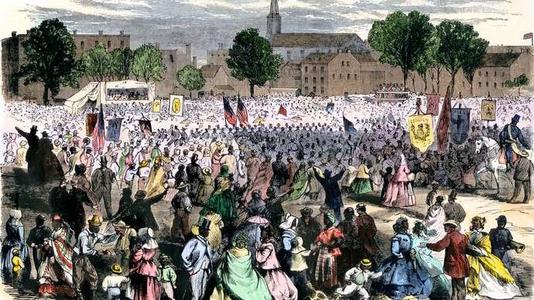 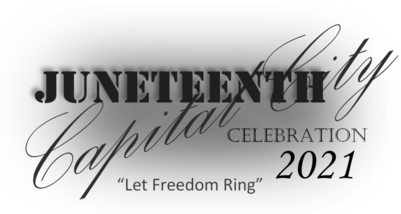